The Changing of the Nerd

Finally being a nerd is cool. Being a nerd is marketable, profitable, and even sexy. It’s also finally realistic and advantageous and certainly needed by society.

There was a time where access to electronic and digital tools was non-existent for “regular” folk; using electronic tools to collect and analyze information was not something you or I could reasonably do; the cost of gadgets and digital equipment was so high that only elite scientists, hard core engineers, prestigious universities, government agencies, and large corporations could even afford it, much less use it. Being part of the world of science, research, and discovery was just not possible for the layman.

But over the last few decades, our world had changed. You can send in a swab and get a DNA analysis in 2 weeks. Most people have more electronic gadgetry in their houses than the US Government had total in 1945. My phone can analyze my brainwaves while I sleep. Your wristwatch has more capacity than the computers that helped get us to the moon in the 1960s. We’ve gotten better at manufacturing, which means the quality and quantity of instruments, toys, tools, and gadgets are better, cheaper, and easier to find. So more and more people suddenly have access to a world they never did before. So we’ve seen what used to be only found in university research labs now available at Best Buy and Walmart. 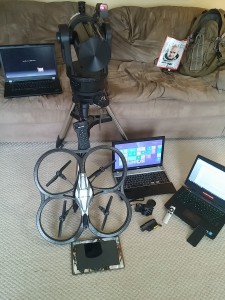 As I look around my house as I write this, I see a 32” LCD TV, an Apple TV, a computerized telescope that can pinpoint a galaxy 200,000,000 light-years away, and my son playing FIFA soccer on his smartphone on a screen that is clearer than his eye can actually interpret. I see a cable modem which connects my house to a network that goes across the entire globe called the World Wide Web (that still amazes me!). I see a device which lets me change the channel or volume of my TV without any physical wiring. I see a camera which records 4 hours of live video as I run my obstacle-course races. I see 3 laptops that can each hold over 1 TB of data which, by the way, is more than the entire internet in 1991. In just 15 years the internet has gone from a single webpage to hundreds of millions of websites today. My 11-year old daughter commands her own digital device with more confidence than her 2 grandparents.

My point? Science and technology is main stream. Anyone can see it, afford it, buy it, make something with it, design/redesign with it, sell it, and use it to learn and discover. And because of this–everyone does! It’s normal to have the same gadgets which, in another time, would qualify you to be king/queen of the nerds but now it just makes you cool…I mean normal.

Think about it. Kids all over the world woke up Christmas morning and screamed with joy when they opened up their new smartphones under the tree. Dad smiled enthusiastically at his new 10” tablet with an accelerometer. Mom loved her new GPS unit for her electric car, and grandparents took hundreds of pictures with their new wireless digital cameras which posted automatically to their Facebook account. It’s cool to be excited about nerd toys. 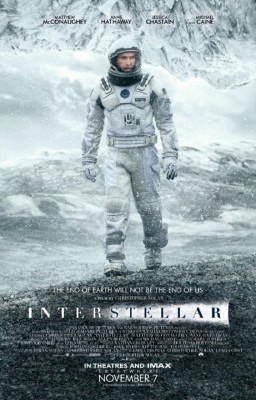 My son Cade and I went to go see a movie, Interstellar, built around the idea of time dilation due to gravity near a black hole. He says it was the best movie he’s seen in 5 years. (If you also loved that, read THIS best selling book.) Most people don’t even know who Alan Turing is, yet there is a top movie The Imitation Game made about his life. Stephen Hawking, arguably one of the most talented scientists in history, has a movie made about his life. He did not invent the car or airplane or some other item which we can all relate to–he studies black hole event horizons and theoretical physics. And who did not either read the biography of or see the movie about Steve Jobs, CEO of a big software hardware company we all know as Apple? Bill Gates might be more popular than the most famous professional athlete. Mark Zuckerberg broke out of the nerd shell by being the focus of a blockbuster “The Social Network” which was seen mostly by non-nerds. Barnes and Nobles has an entire section in the magazine area dedicated to gadgets and devices. 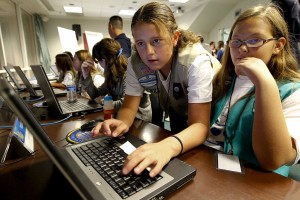 I know several of my non-techy-friends’ kids got Lego Robotics kits to explore and they were on cloud 9 (get it? Heehee). My daughter loved spending some of her Christmas money on the professional version of Minecraft for her iPhone, so she could design interactive 3D worlds on her iPhone to share with her friends. Uhm…hello…did I just say a socially minded 6th grade girl spent her money on an app that she used to design interactive 3D worlds? Yes I did. That’s my girl. 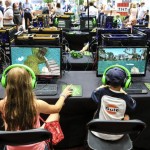 My department’s middle school teacher, Bob Irving, is bringing Minecraft programming into his 7th and 8th grade curriculum this spring. In fact, his Minecraft club is the largest club in the middle school and they are currently designing our entire school campus in Minecraft. Over 90,000,000 people in 180+ countries joined the Hour of Code movement and wrote their first computer program.

Ladies and Gentlemen, we are there. The world is officially different. Kids of today for the first time ever are truly living in a world that is fundamentally unlike the world in which we grew up. What used to be the world of the nerds is now called life of a typical person.

Why is that important? Because it means that we are now going to have a wide variety of people entering the world of science and discovery who may not have before. The gadgets we have had over the last several decades were created by one type of stereotypical person, but now we are seeing people of all colors, religions, races, and genders enter this world thinking differently. They will find things we have not yet found. They will look at problems with a new twist. They will create and design with different goals. They will bring into the world that which has not yet been brought simply because they CAN.

In the beginnings of the digital age, we saw the world of users of technology. Now, we enter into a new world of creators. If you thought that the world had changed dramatically in your own lifetime—get ready…we ain’t seen nothin’ yet!

The world of the nerds has just become the normal everyday world that we are all part of it. Our schools are finally starting to embrace this instead of fighting it. STEM education is becoming something that is not just extracurricular, but a core component of education. Parents are starting to demand that schools have this as a fundamental part of their child’s education. Computer Science is finding its way into classrooms in every country, at every grade level. Students are signing up for classes and entering degree programs in engineering, technology, and science fields unlike any other time in history.

Yep. We have arrived. And as a Computer Science teacher in high school and at the leading edge of the charge, I am loving every second of it.

There is a different way to look at education. As a parent, teacher, student, administrator, or policy maker, keep your eyes and ears open, but look differently and listen better. If something I said here makes sense to you, then we should probably connect. Find me.