The Great Resignation. The Great Layoff. What happened to loyalty? 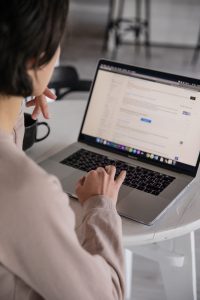 Immediately following Covid, we saw “The Great Resignation” where the nature of working changed, people were unsatisfied with their current role, the way they were being treated, or how much they were being paid. Because they were remote and alone, they could job search and interview freely. Companies were forced to hire remote workers, so suddenly location became irrelevant. It opened up a world of possibilities for current employees that would not have been there pre-covid.

As we find ourselves now facing an apparent recession, instead of The Great Resignation, now we are seeing “the Great Layoff.” This is where we see the guts of an organization. Layoffs tend to be done behind closed doors, then announced suddenly. It sends a wave of fear, uncertainty, uneasiness, and even anger running through all employees. Those affected find their worlds shattered , and those not affected realize that same uncertainty about their own job, but now also of the organization itself. Any loyalty and trust that had been developed is lost. Desperation becomes the emotion that drive business now.

What is interesting — and not part of the conversation— is the humanity that goes along with loyalty, both employee to employer and vice versa.

It does not have to be this way

Think about the excitement of starting a new job from the perspective of the employee. There is eagerness, energy, ideas, and desire to say yes to anything. The loyalty to the organization is unquestioned and given freely. Both in and out of office, the conversation about the company is positive and reaches many ears. Think of the Linked In post, “I am happy to announce I started a new job”, the network of networks all see that; it’s icing on the cake for the company, shows that the company is hiring and doing well. Win win. The thought of looking for another job is not on anyone’s mind.
The employee is all in.

Think about the excitement of starting a new job from the perspective of the employer. You have a new employee with eagerness, energy, ideas, and desire to say yes to anything. You want to take advantage of all that so you put those people on the projects they can best help with. Colleagues on the same team are excited to have some “new blood” , and perhaps some needed skills, on the team. The new employee may bring a new approach, innovative suggestion, or process change that is huge. New features,new revenue streams, new opportunities. The thought of hiring another person for the job is not on anyone’s mind.
The employer is all in.

Why does that go away?

The long hours you might work, the late night or early morning. Is that noticed? And more than just saying it was noticed, but it can be formally recognized with a gesture, included in the performance review, award , or reward. In other words are your efforts noticed, appreciated, recognized? Is there incentive for you to continue to give your all? Are you still challenged? Do you have the resources you need to succeed? As you get better and faster at what you do, is that rewarded in some way, or are you simply given more work?

I’ll challenge the status quo that this is not all on the shoulders of the company.

Employees
Show loyalty.
You feel underappreciated, underpaid. But is it justified? Just because you think you it is, does not necessarily mean it is so. Is this based on something real or just ‘because’? Did you read an article online and now have new expectations? Are you spending your time job searching when you could be upskilling, offering help to a colleague, networking with people in your company, or spending time on a 20% project? If you have extra time and energy and capacity, have you told your boss you can handle more responsibility? Are you going beyond the expectations of your role and is that clear? On those occasional days where some extra effort is needed, are you willing to do it with eagerness? Are you still all in?

Employers
You work hard to recruit, but do you spend that same effort retaining your employees? Are you giving them reasons to leave? Are you giving them reasons to stay? Are you expecting more and more, not not offering more? Are your benefits, salary, and perks keeping people excited where they are and no need to look? Are you keeping up with the market and competition? Think about how much it costs you in downtime, interview time, lost revenue, low morale, and training. In most jobs, it can take 1-2 years for an employee to really get good, where now the ROI is clearly there. You lose that every time someone leaves and you have to replace them. Are you spending time ensuring employees have the resources and skills needed to exceed expectations? Are you supporting efforts to upskill? Are you as all in with all your existing employees as you are with new employees?

If people feel valued, paid fairly, and happy, they do not look for jobs elsewhere.

Is there another option for employers? Show loyalty. 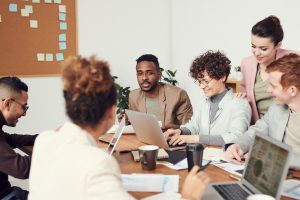 Yes, times are tough now, but the recession will be over in a year or so. Think of how thankful your employees will be if you are honest with them, tell them times will be tough, we are going to need everyone to step up, be creative, do extra, and add more value in any way they can—but in return everyone keeps their job. You just increased the loyalty of everyone in the organization by 100%. These same people are now even more loyal, willing, and able to help you make it through the recession. Employees will be exceeding expectations. You will see new leaders emerge, new ideas generated, people reinvigorated and energized. In fact, you may have just made the organization stronger and that may be exactly what pulls you through the recession.

Your employees are all in.