Is the college model relevant?

I was intrigued by a recent Linked In post commenting on the irrelevance of the current college model. This speaker was actually referencing yet another talking-head whose point was that the current college educational model was an excellent preparation tool for the world. Hmmmm…I don’t think either person’s point of view is “correct”, because there is no single answer. What I do think is that the current model of traditional “high school to college” model, while it is not necessarily broken, is just in need of a makeover. 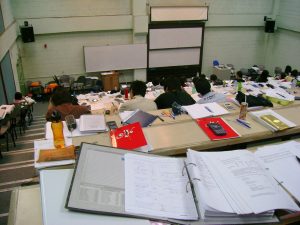 “sunway university college” by T|ng~ is licensed under CC BY-NC-ND 2.0

I get it—It’s scary to take a system which has been around for 100+ years and mess with it. If you change it, and it fails, the institution which took decades to build, could fall in ruins. It could take years for the system to change. What families want their children to be the guinea pigs for that transition. Then again, there might be many willing and even eager to take part.

The cost of college has become unrealistic for many; getting through college for most without a loan, is simply not an option. Now,that being said, I will also suggest that there are ways to do it; of course if you want to go to an elite private school with no scholarship opportunities, then yes that is going to be incredibly expensive.And for some the name recognition and status symbol of some schools will continue to be a draw. But a good state school, especially with scholarship opportunities, is within reach for those who really want to make it work. My family was able to find a way to pay for college in cash semester by semester. It was not easy, but we did it. Our gift to my son is a college degree with no loan for me or him. So don’t tell me getting a loan is a given. 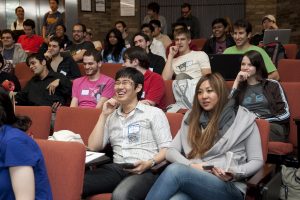 What does college do well? They bring lots of people together from various backgrounds. Unfortunately, especially in the first couple years, classes tend to be the exact same as the high school curriculum. The first two years of most degrees are full of non-major classes. The meat and potatoes of most degrees really start to kick in junior and senior years. I am not suggesting that in-major classes should be taught exclusively, but a college major could easily take 3 years, not 4. That would shave $10-$50K off the cost of college. And would probably increase graduation rates, which by the way for a 4-year degree are < 60% nationwide. Some colleges are riding their own coat tales and are becoming irrelevant with their resistance to change and evolve. Many are still stuck in an outdated mindset which is starting to be tested in new ways by students with new perspectives. For those colleges, it is vital that they consider their value proposition.


Is the value of a traditional degree still worth it? Are there other options? 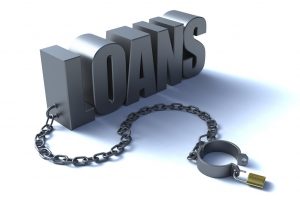 “3D Shackled Loans” by ccPixs.com is licensed under CC BY 2.0

As a high school teacher for 20 years, and as a parent, I became familiar with the marketing and selling points made to seniors from the colleges. One thing for certain, academics was not the primary selling point for many schools; the campus tour and highlights were more aligned with lifestyle, extra curriculars, community, and sports. Nothing wrong with any of those, but not as the major reason for attending a college at the price they are charging. What 18 year old is not attracted to a parentless Disneyland? Many parents just assume they will take a loan, or worse require their child to take a loan. But, quite simply, an 18 year is not capable of understanding the impact of a college loan. I have friends who 10-20 years later are still paying for college. Another important element to consider is that for many people, the degree that they work so hard to get from their college experience does not necessarily dictate what type of job, or even what industry, they will find themselves. Passion, interest, flexibility, and the ability to adapt may be just as important. 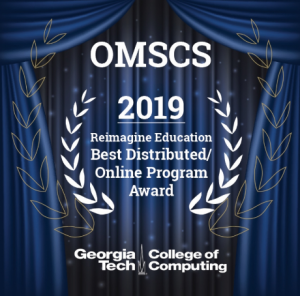 The speed of internet, and proliferation of high tech has been foundational for e-learning platforms and on-line college degrees to move from what was once perceived as a scam, to on-line learning being a tool used by pretty much every college in the United States. COVID has surely moved that along. Whereas some colleges made assumptions their classes could not be done well online, the last several months have found that there are some disciplines that have found that they totally can. We still have a lot of figuring out to do in making those classes effective and engaging online, but the initial fears are gone. Suddenly, those schools have access to new revenue streams as students can be from any place in the world. Universities and colleges that innovate over the next few years might not only survive, but thrive. But, even with these new students, keeping the engagement high while teaching true career preparation skills will prove to be a challenge.


For-profit colleges, such as Apple co-founder’s Woz U , are experimenting with a new style of college model. Completely new approaches such as Make-School are disrupting as we speak. Time will tell to see if these models can be self-sustaining. Boot camps are providing technical skills in months, not years, and for a fraction of the cost of a traditional degree. In fact, in some areas, Youtube for free can provide enough learning for an entry level position in some industries. Google is experimenting with this space by providing a career-tracked certification program, for hundreds of dollars, that is viewed equivalent as a college degree. Many people are quick to cancel these, and yes if you use traditional models of education as your evaluation tool, then yes they do not accomplish the same goals. Of course that is exactly how and why they might actually succeed…because they are not the typical path. Especially in industries where supply and demand are so out of sync, these explorations may very well be an alternative answer. These are not liberal arts degrees with all the “extras”. There is no Greek system, exploratory basket weaving classes, or rock climbing walls.

For the mid-career professional, companies like Udacity are offering on-line upskilling , not to replace college, but as a tool for the mid-career professional to redefine their career in a reasonable amount of time and money, in other words–level up. For many people with full-time careers and families, going back to college is simply not an option, financially or logistically.

Higher Ed is facing challenges unlike any they have seen before. This has nothing to do with COVID, but the COVID situation has certainly brought the topic to the forefront. Students have more options than at any point in our educational history. As we start to look with different eyes, we will start to see that there is no longer just one way to the top, but many ways to many tops.