Should we be afraid of automation?

I ran across a really interesting article, https://www.weforum.org/agenda/2018/07/the-skills-needed-to-survive-the-robot-invasion-of-the-workplace/ , about the possible future of our civilization, especially due to the automation that technology is likely going to bring us.

So, there are several questions we can be asking about this as well as numerous decisions we, as as species, will need to address.

There is a term in technology called Moore’s Law, which in essence basically says that technology is going to double in power(for the same price, or even lower) every 18 months or so. And if you look at the last couple decades, we have probably even exceeded that rate. We have seen (are seeing) technology become not only a part of, but a fundamental backbone of pretty much every facet of society.

This is not necessarily a negative thing. We are able to detect, understand, fix, survive, interpret, solve, and build things in ways never thought possible. Certainly we have problems to address, but we are also bringing the standard of living, length of life, and quality of life to new levels.

But, as with anything, there are negatives as well. One of the issues that we have seen is that technology progresses at a much faster rate than humans and society. So, in some areas….what that translates to is: people(and some systems) are still years, if not decades, behind where technology is. We have good folks still doing what they have always done, in the ways they have always done it, even though technology has made tremendous advances. We have systems which used to be incredible efficient, now far outdated and to the point where they are almost irrelevant.

Am I being a bit dramatic?

Well, let’s look at a few areas as examples. How dependent upon technology are restaurants, fire departments, supermarkets, schools, and banks? If you walked into a bank and the cashier wrote your transaction on a piece of paper and took your deposit money, would you not look around questionably? If you walked into your child’s classroom and there was a chalkboard on the wall and the teacher communicated that technology is not something (s)he is interested in, would you not be asking how to transfer classes? If you walked into the New York Stock Exchange and you saw a bunch of people down on the floor waving pieces of paper over their heads, wouldn’t you look for a hidden practical joke camera? Even something as simple as eating in a restaurant, you know if your waiter brought you an old carbon copy of your credit card paperwork with handwritten prices, you would question the place.

So, we all accept, and in some cases even support, technology when it helps. When my father was in the hospital with all kinds of machines, wires, and god knows what else, there was a certain amount of comfort in knowing that his health was being monitored. In fact, the only thing he complained about was the food, which by the way was prepared by a human, and for what it’s worth, what was ordered(on a piece of paper with checkboxes) was not always the same as what was delivered. 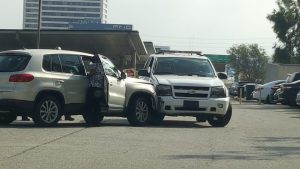 Humans are not the best drivers

Turn on the local news in the evening and most likely you will hear a story of a terrible car accident where multiple people were injured or even killed. And that happens pretty much every night. In fact, over a million people every year die in car crashes, and a cool 20+ million suffer injuries. And yet when an autonomous car has a single accident, with a frequency thousands of times less than humans, we go crazy. Why? Interesting. Are we afraid to admit that there are some things that technology simply has a better solution than humans?

When things like artificial intelligence(A.I.) and machine learning(M.L.) enter the picture, we do have to rethink how we think about this. 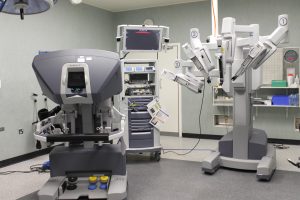 The Davinci robot can perform surgery with accuracy beyond human capability

So, how do we balance this? What about all the jobs that are going to be lost to robots?(“they” say) What about all the outdated systems, technologies, and protocols that are becoming irrelevant? Do we like than an A.I. system can detect a faint hint of cancer, long before it becomes fatal? Do we value A.I. and M.L. that can detect trends in huge amounts of data that might lead to finding a cure, locating a source, understanding why, or simply improving a system? Would it be nice to be able to stop some crimes before they happen? Would it help society if we could reroute airlines in an instant when an airport has to close? If we could guide people to safer routes during evacuations and natural disasters better, is that a good thing?

So, this technology is really not so evil after all.

Just as we have throughout human history, we, the humans, have to evolve. We have to notice what is going on in the world around us, and respond. We know from history, that if it can happen, it will. If it is possible, it may very well be a reality in your lifetime. This is not Murphy’s Law, it is simply human nature…to be better, faster, stronger, more intelligent, more accurate, and more efficient.

….and that is where we have to focus. 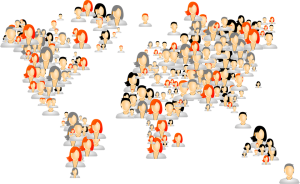 We get to be human!

Yep, we get to be human. Technology can never do that.