Posted on January 15, 2012 by Doug Bergman
The Reversal
“Neeeeeeeeeerrrrrrrrrrrrrrrdddddddddddddds”, the infamous scream of terror from the cool guy as he points to the group of techy gadget-loving kids. Dennis T. Nedry, the evil, yet lovable computer programmer of Jurassic Park.

Ah, yes! What a great time to be living in right now. For those of us in who were lucky enough to see the tail end of the pre-tech age, but who are actively involved now in the current digital age….we can truly appreciate the world we live in today maybe even more than our tech savvy generation.

What person doesn’t walk into a technology store and want to spend all their money? As I look around a store like BestBuy here, I can spend hours browsing, exploring, reading about, playing with, and learning about all of the various tech gadgetry. Conferences such as CES showing off the latest and greatest breakthrough technologies that are on the horizon. Who would not give anything to go to that? (Yes, people with connections out there, that was a shameless plug for you to get me tickets and invite me)

When I was in high school, if you were found in the computer lab on your free time, you were a one of the cliche geeks, nerds, and/or a social outcast. 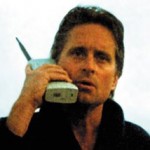 If you had a computer, GPS, handheld calculator, email account, mobile phone, Walkman(hey what’s that?), 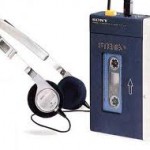 video game console, or PDA then you were labeled with a big “L” on top of your forehead.
Now, in my school, if you want to find students at break, lunch, or before school, you need to go the computer lab. What? Are you serious?! Do I work in an advanced Math and Science Tech School? Nope. Look at where we are today: the stereotype for the typical Computer Science “nerd” has completely flipped on its end. It has reversed. The dream of Steve Jobs has become a reality. The efforts of Bill Gates have helped bring us here. The foresight of Tim Berners-Lee has helped cause this incredible reversal of fortune. It’s cool to be a nerd! (Yes!)

Imagine a kid who does NOT have a cell phone? Uh…Loser. 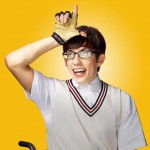 You don’t have a laptop? Whatever. You do not know how to change the advanced settings on your smartphone? Who is this kid? You do not know what Angry Birds is? Dude, come on! You can’t use your GPS to find the restaurant? Get out of the car now. You don’t know what an Android tablet is? Oh my GOD!

Because it’s what people do. It’s what people talk about. It’s what people have. It’s what they LOVE! The Nerd, Geek, Techno-wizard…they are the regular folk now. In fact the coolest guy in the room is the guy who is texting his friends, posting on Facebook, and tweeting on Twitter. The sharpest girls are the ones posting on their BLOG, leaving comments on & responding to online discussions and videos, and listening to songs on their IPhone. In fact the sterotype has completely reversed itself so much that it has actually become an issue at schools. We are actually putting policies into play to stop kids from using their smart phones, laptops, IPODS, IPADS, and Facebook accounts. 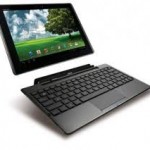 
And the loud, eager, crisp, clear response is universally:

It's cool to be a nerd

And we ARE asking.

And as teachers, we have to make sure that we connect enough with that world so that we maintain the respect of our students. If we are going to demand that they look to us to help them navigate their way into the “world out there”, then they have to have confidence in US that we understand that world out there.

Students of today , in our schools, in their jobs, in their families, and within their peer groups, are demanding a different way forward.