A.I. in the CS classroom

Over the last year, I have researched, studied, pondered, and explored what Artificial Intelligence is and what it looks like…but from the perspective in a high school Computer Science classroom. It was exciting to see several A.I. related sessions at both ISTE and CSTA, two of the leading ED Tech and CS conferences focused on K-12. In my Birds of a Feather session for AI, there were 20+ teachers interested in bringing this into their CS classes. Very promising and exciting. I’ll be anxious to see if some of the other major conferences, such as FETC,CUE, TCEA, and BETT accept A.I. in CS proposals.

So, let me first just state for the record, I am certainly not an authority in this area, so my observations are limited and my interpretations perhaps incorrect. However, I am an experienced educator comfortable and confident in exploring new technologies and developing project-based “curriculum”. Expanding that understanding is my main motivation for this post.

Detecting actual text within an image

When I looked out over the various sites, resources, books, and programs related to teaching AI in the CS classroom….what I noticed was that there is an extreme polarization. On one side, you have easy-accessible A.I. demonstrations and sampling; these are the sites that have sample AI “Demos” for you to explore such as uploading an image and it describing the contents for you, or uploading an image of a street scene, and it returning the text of all the street signs, or just picking up your iPhone and talking into it.

Determining the scene based on content objects. Is it a library, classroom, or restaurant?

We experience this type of AI interaction every day: type in any phrase into Google search and it will figure out what you meant to say and what you most likely want. Login to NetFLix and it accurately recommends other movies you might enjoy. My point being that we can USE AI now as easily as we can buy chewing gum at the gas station.

A.I. is one of those “technologies” (or use of technology) that has the potential to disrupt civilization as we know it, in the same way that air travel , the internet, and penicillin changed life and culture and possibilities. And yet here we are using it as easily as we make a phone call. But few people “get it”. Few people get the decades of math and Computer Science that have culminated in arguably the most powerful tool known to mankind in our time. We use the word “A.I.” as a punchline to a joke or a catchall phrase in a sitcom or best seller book. And yet ask 99% of the population anything about A.I. and they have no idea.

This cannot be. We cannot have a tool which we all use, yet none of us know its power, the ethical issues that are inherent, the moral issues that arise, its limitations, and its incorrectness. We don’t really know how to build things using it. We just know how to use it. And that is dangerous on so many levels.

A bit of vital background: This was exactly where we were 5 years ago with Computer Science. Since then we have made tremendous strides in getting CS to the forefront of educational discussions and policy. Schools, districts, states, and even countries are embracing the awesomeness of (and value of knowing) CS and incorporating it into their schools, in the same ways that history, math, language, and science are part. What this means is that there is finally starting to be a common vocabulary and understanding among ordinary non-cs people as well. And that is important because it is vital that the leaders and change-makers in the various industries and governments on the planet have a grasp of how CS can impact, enhance, and extend their industries and countries. We need the experts of those industries to also have an understanding of the tools and the tool-making skills needed to use technology to address and solve the problems specific to their world.

In the same way that Computer Science and technology have becomes the backbone of most industries and economies on the planet, A.I. is quickly becoming an integral part of all aspects of business and everyday life across the globe. It is crucial that leaders and contributors also have an intelligent understanding of the tools. For this to happen, that knowledge and understanding must be part of our educational system. The reason that Computer Science was inaccessible to most people for decades was because it was really built and used by the “elite.” If you were not an engineer or mathematician, then there was little chance you would have access or even the ability to use the technology. Over the decades, what truly brought computing to the desktop was the accessibility—the fact that the tools were able to be accessed by the non-elite. Educated people in a wide variety of industries and cultures started to use CS in their daily life.

Which brings us back to A.I. 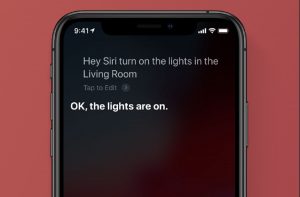 We love our IPhones with Siri, but can we truly appreciate it?

This is exactly where we need A.I. to be, but not over 2 decades. We need it NOW. Yesterday, in fact. While A.I. has been around for a long time, it has really only recently become the front and center powerful tool that it is in companies. Organizations that are thriving and innovating are taking advantage of the incredible (and even amazing) capabilities of A.I. It is not a wave that is coming– it is a wave that is already around us. It’s like we’re floating around on rafts wondering why were are moving this way and that way and sometimes even flipping over, and none of us have an understanding of how currents or waves work. We are just bouncing around randomly.

But, those who succeed using technology learn to control the place of that technology by intentionally thinking about, planning, testing, researching, and implementing systems that incorporate it. That is exact opposite of just letting the technology “happen” to them. I fear we are in a place where most small businesses, and many large business, have no idea how to bring A.I. into their business models. So, with the power and speed at which A.I. is powering its way into society, we don’t really have a choice. Whether we understand it or not, it is coming. It is happening to us , and to them. It is not a matter of if, and not even a matter of when, but just a matter of fact. In some cases, it is even yesterday’s news. 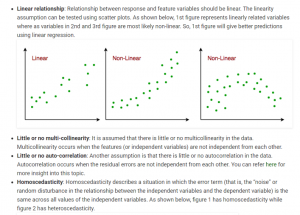 The math behind A.I. can be complicated

Now, back to the current landscape of AI in CS education. The other extreme of what I see with A.I. is the highly technical “mathy” side of it. It is far beyond the typical high school student, and perhaps even beyond many college students. The point being that it is too far in the other direction to be accessible to the general population. I tried several of the tutorials and sample code sessions that let you dabble with A.I. (for example this and this) Frequently, I found myself blindly typing in code, or changing the values of some important variables, but really not knowing what I was doing, even though I had the descriptions and explanation. That experience does not translate into a high school classroom well. Students blindly typing in code with such heavy math will be of little value. One of our top math students at the school spent several months in an independent study scenario learning to program true A.I. He was our top math student and even he said he was at the edge of his understanding. I asked him to present a lesson to his CS-4 Honors class, and even lead them through a sample project. While a couple were able to keep up, for most it was a fly by.

So, what I am looking for is something in between. I am excited because at ISTE and CSTA, I found several people on that same journey. I learned of some tools which might be part of this “middle ware” that is needed. I explored some tools which let you visualize what these variables mean(Tensorflow playground). AI4K12 is leading some excellent conversations. AI-4-all is also advancing the path. Companies like Microsoft, Amazon, Google, and IBM are making connections in the K-12 space to let these ideas be part of our academic discussions about BEFORE students are off to college. Sites such as https://machinelearningforkids.co.uk/ are the first of their kind to let students explore this world in ways that are accessible to ordinary people.(i.e. not only super techies). Companies like DeepAI and DeepStack are bridging this gap at the corporate level as well.

And this brings us back to me and my classroom for the ’19-20 academic year. What am I going to do? I am definitely going to introduce A.I. through some of those cool demos. Google Experiments has some amazing and wide-varied A.I. projects that are sure to inspire minds from any background and interest. That helps build the diversity and inclusion we seek in CS as well. Then I will let the students move along that line between the front end and back end. We will explore some of ideas and principles behind A.I. , looking at what training means, what models are and how to configure programs to create and use them. We’ll look at different types of models and the differences between them, the advantages and strengths of different types of model creation… as well as how students can manipulate the parameters that impact how those models are created. We will move from just giving students access to some of the tools that can do that….to actually writing their own code that incorporates the modeling and models they built, then use those models to make predictions/results that enable to them to create an actual product. I believe that if a student goes through an experience like that, at least they have a grasp of what this technology is, its strengths and weakness, it’ power and limitations, and its potential. I’ll tweak and modify and add and remove as I figure out what works, and as I find new and better resources.

If you see yourself anywhere along this path, let’s connect. It may be that those venturing in A.I. right now can help build what eventually others in K-12 might use in their own schools.